About a month ago, my friend Sharon Harrigan, who is also one of my favorite writers, asked me to participate in a blog tour: a fun and easy way to share your work and the work of others. The idea is to ‘hop on,’ answer some questions about your current projects, and then ‘hop off,’ passing the torch to a couple of new writers the next week. Sharon’s was a great read. Have a look at her answers here.

A month (or so) later and I have yet to hop on. I could blame the end of the semester. I could also blame my post semester bronchitis. A stomach flu. Ornery pets.

But let’s face it, a good question, a question that deserves a good, considered answer is never quite easy, peasy, pie.

I am in the final stretch of the first draft of my novel, tentatively titled Everything, Nothing Shining. Set in South Louisiana, the book was born out of two of my short stories: “The Revival,” which was featured in Pank Magazine this February  (read here), and “Everything Shining,” which will appear in American Fiction Volume 13 (you can preorder here).

The book centers on Teenie, an out of work roughneck, and Maggie, a con woman. Despite trying to live a straight life and escape his father’s criminal legacy, Teenie finds himself on the run and smuggling drugs after the death of a woman he’d once loved. Similarly, Maggie must also go on the run after her partner is murdered and she ends up hurt and in a hospital, under police supervision. Deeply flawed, grieving, and desperate, the two of them separately make their way across rural Louisiana.

2) How does my work differ from others of its genre?

I deeply love these characters. And they make it hard, let me tell you. They make bad decisions. They do bad things, sometimes awful things. Teenie is actually a very gentle man, though, a really good man who is trying to find that goodness in himself. And Maggie is, well, she is awful. She has these flashes of humanity that she is fighting against, but they are there, and there is gentleness growing inside her. She reminds me of a pit bull in one of those horrible fighting rings, fierce, desperate, and sad.

The book is, on the one hand, about all of this rough horrible stuff, death, drugs, criminality, but it is also about that kind of love. Not romantic love, so much, but it is love, and I think that is different from many novels like this.

I live in this incredibly beautiful place. Really, South Louisiana is gorgeous, green and lush and still so wild in a lot of areas, but it also can be very dangerous. That dichotomy informs my writing, I think. And, I am really interested in people in the margins, whether due to circumstance or their own perceptions. I think the hardest decisions lie there, in the margins. Hard lives and hard decisions. Exploring that is important to me.

4) How does my writing process work?

I think a lot. I talk a lot. My poor husband has to hear about it all over and over. He is a great guy. But at some point, you just have to sit down and pound away. Whether I “feel inspired” or not, I make myself sit down and type. Once I am there, butt firmly in chair, I am what the people who study this sort of thing (and write fun, academic papers on it) call a recursive writer.  I write in circles, getting down a few sentences or a few paragraphs and then circling back and reading them, adding to them, cutting from them. Then a few more, then circle back. I make myself keep it contained though. Go too far back and you just write and rewrite a beginning, killing the middle and end before they even get a chance to get started.

So there it is. My stop. Next week (or next month, I’ll let you know when they are up), look forward to reading how a couple more writers, Drew Attana and Heidi Willis, answer these questions. I can’t wait to read what they have to say. 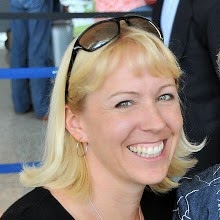 Writer, photographer, mother of three. Heidi earned her MFA in fiction from Pacific University in 2013 and her short story, Counting by Threes, appeared in The Potomac Review this winter. Her debut novel, Some Kind of Normal, was released December 2009 by NorLights Press. Read her blog here.

Drew Attana and I attended Pacific University together, where I got to know his writing very well. He is a favorite writer of mine and a good friend. You can read his blog here.

i don’t even own a whip.

not writing in paradise.

Buy Moon Trees And Other Orphans